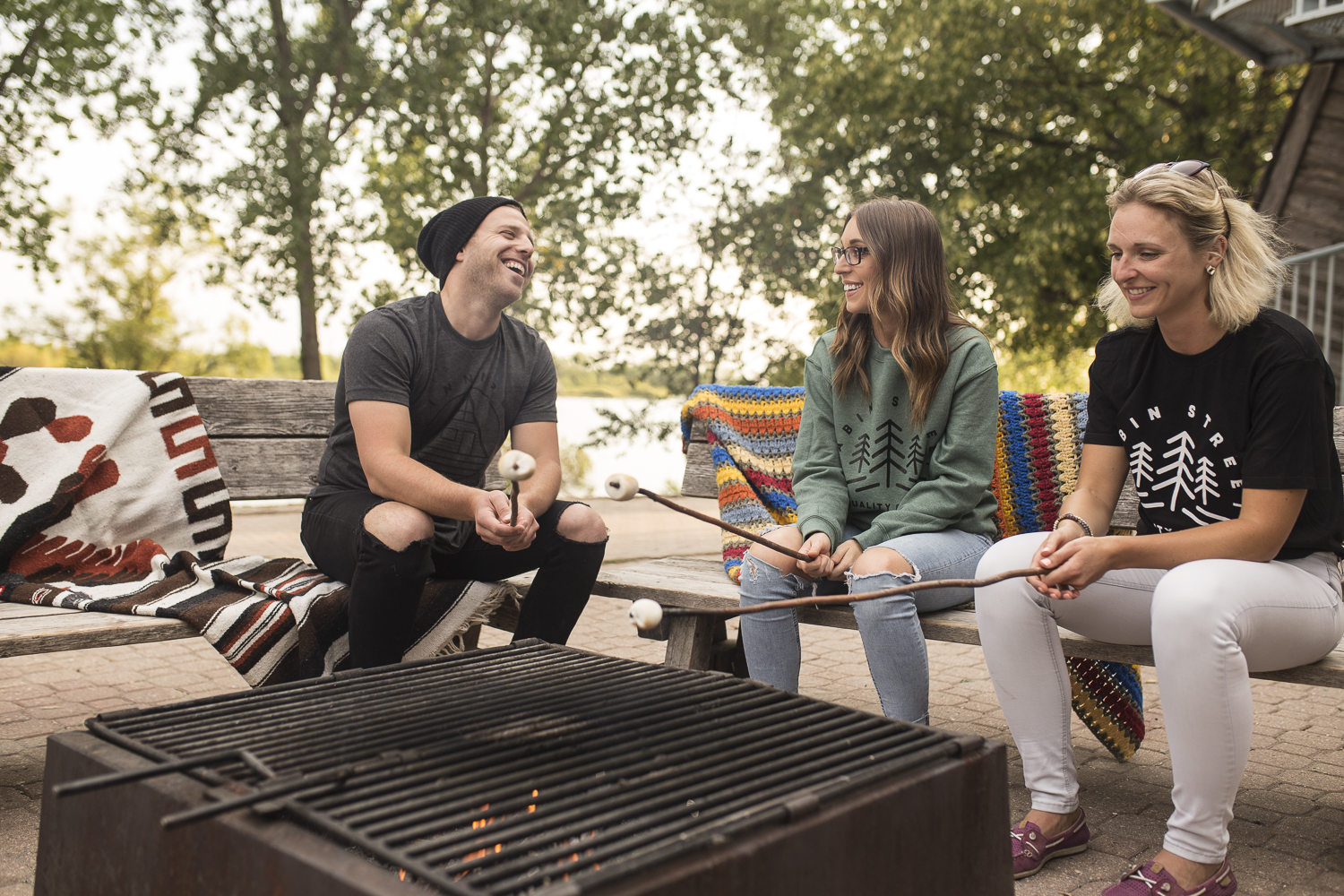 For many Manitobans, camping is synonymous with summer and with that comes great food. We can almost set the scene for you. The sun’s going down on your favourite lake destination. Your picnic table is laden with supplies for an outdoor feast, maybe some of Winnipeg’s own Old Dutch potato chips.

Are any of our top five classic campfire snacks on your must eat list?

There is nothing more traditional campfire than the s’more. We all know that satisfying feeling as you smoosh a gooey golden roasted marshmallow with chocolate between two graham crackers. It is fun to prepare, even more fun to eat and perfected by great company. We know how to make it, we know how delicious it is, yet where did that name come from? According to National Geographic, a recipe for “some mores” appeared 94 years ago.

“Toast two marshmallows over the coals to a crisp gooey state and then put them inside a graham cracker and chocolate bar sandwich. The heat of the marshmallow between the halves of chocolate bar will melt the chocolate a bit.” – Tramping and Trailing with the Girl Guides, 1927

We don’t actually know the earliest date when the first s’more was roasted and, oh, so delightfully squished into being, but it has left its sticky mark in the pantheon of picture-perfect lake living.

Plus, we shouldn’t overlook just the old-fashioned roasted marshmallow. Yum!

Trail mix has long been a staple for hikers, campers and people generally enjoying the outdoors. It is easy-to-make, tasty and keeps you sustained on any trail, or while you’re sitting around the campfire. Traditionally, the health-conscious portions include any nuts, seeds and dried fruit of your liking.

What comes next is typically the part most people eat first — the sweet stuff. This is where you can add anything of your choosing, such as candies with a hard chocolate exterior, popcorn etc. Some recipes even opt for Chex, Cheerios or other dry breakfast cereals.

What makes up your favourite trail mix?

This fun treat comes complete with its own pan, kernels and foil wrapping. Jiffy Pop was developed in 1958 by the late inventor, businessman and chemist Frederick Mennen. We all remember that sound, as the kernels pop, pop and the foil billows upwards with near constant shaking.

We have even successfully made Jiffy Pop on the campfire. You can also make your own popcorn while camping with a pot with lid, oil, kernels and camp stove. Both methods are awesome.

This campfire snack is fun for the whole family.

A true legend of the camping scene, we can never get enough of baked campfire apples.

Gear for the Happy Camper in your life: