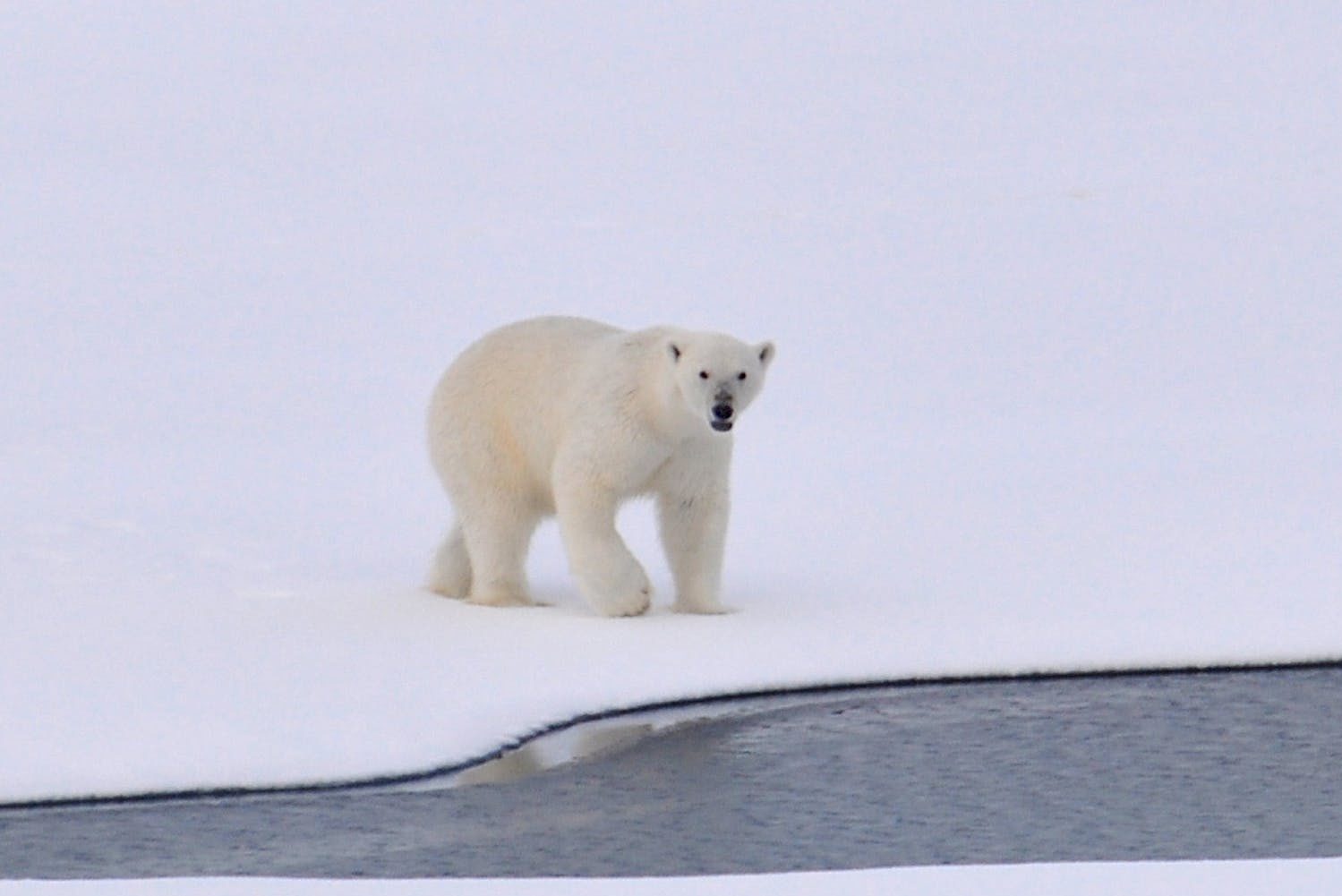 An ecotourism jewel set firmly in the crown of Manitoba’s far north, Churchill is one of Canada’s leading tourism destinations with visitors coming from around the world. One of the main draws — polar bears.

Residents are used to wayward bears in town, enough so that conservation officers and the Polar Bear Alert System, in place since the early 1980s, help in reducing dangerous human-bear encounters.

Seeing as it’s incredibly remote, there are two ways to access this community, by train or by plane. Based on the challenging terrain, there are no roads. You’ll have to leave your car behind.

Just prior to the deep cold of winter, polar bears gather in the Churchill area in greater numbers. Why? It won’t be long before the ice sets in on Hudson’s Bay, making it easier for the carnivores to hunt seal.

The best time for onlookers is mid October to mid November. Guests are well protected in the raised, secure all-terrain vehicle, and yes, the bears can and do get up close and curious.

If you were in what would become northern Manitoba during the mid to late 18th century, it was a period of heated conflict between English and French forces. An uneasy peace would soon unravel.

The Hudson’s Bay Company (HBC) had a tight hold on the region with its first installation at York Factory. In order to protect English control in the region, the Prince of Wales Fort was constructed by HBC.

This northern protective bastion secured the mouth of the Churchill River, and ultimately, the vital Arctic resource shipping route. Yet, its utility as a fortress waned when it fell to the French in 1782.

A subarctic landscape unlike any other, this is Canada’s most remote national park. In an effort to protect the dens of polar bears and their cubs, access is by way of Churchill-based commercial outfits.

Much like Churchill, the bears come ashore before the ice melts and then travel further out during the winter freeze. Other animals call Wapusk home, such as caribou, lemmings and hundred of bird species.

Enthusiasts are known to chase the Northern Lights across Canada. Yet, as one of the best places in the world to see them, Churchill boasts over 300 nights a year where the Auroa Borealis dance. Learn more.

Everyone heads to warmer waters when the temperatures dip —beluga whales are no different.

Between mid June and mid September, some 3,000 whales enter the Churchill River to mate and feed.

A further 60,000 travel into the Hudson Bay from the Arctic Ocean.

These friendly creatures often come up to the boats and charm tourists, and visitors alike, with their unique vocalizations. Some outfits offer stand up paddleboard or kayak tours with the whales.

History lovers should find time to visit the incredible Itsanitaq Museum in Churchill, Manitoba. Be wowed by some of the world’s oldest Inuit carvings and artifacts, dating back to 1700 BCE.